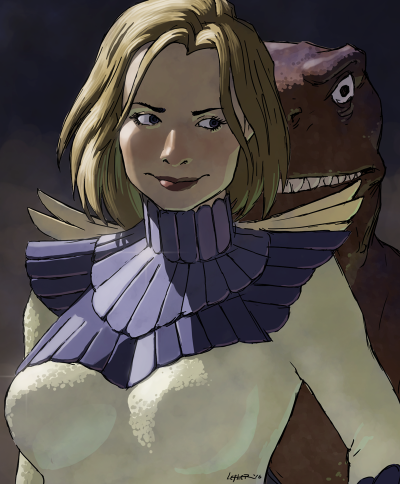 I hate cleaning my office. My wife does a heroic job of vacuuming around the chaotic piles of books, notebooks, comic books and cardboard boxes (full of books) that surround my work station. It is what I euphemistically describe as creative clutter. Over the past Labor Day weekend guilt prompted me to arrange those piles into organized stacks. In doing so I found forgotten pages I had written about an angelic intervention. Although it wasn’t actually an angel.  A nephilim.

I can’t let go of the feather.

It is three inches long, mostly yellow in color and metallic. She left it behind.

I woke at 2:45am this morning when something motivated my miniature schnauzer into a passionate outburst of barking. After climbing into my bathrobe I stumbled out the front door to investigate.

The night was warm. The shuffling of my slippers on the sidewalk was the only sound detectable to human ears, but adrenaline surged though my system in that way that slows time. At age nine I was hit by a car while riding my bike and for a few seconds my life became a film shot at 150 frames per second. That same sensation was with me now. No cars were speeding toward me, there was nothing out of the ordinary, except –

My left cheek stung. The elbow and forearm on my right side were scraped as if from a fall. Nothing had happened, and yet everything was different. My neighbor’s Hyundai was smashed and pushed halfway onto his front lawn. How did I not notice that a moment ago?  Why the consuming impression that I was forgetting something important?

A moment later the feeling was gone, leaving me with the meager realization I had lost one of my slippers. I turned to look for it.

That’s when I saw the feather.

As soon as my fingers picked it from the asphalt I remembered the luminous eyes locking on me, the vibrations of the pavement as the beast stomped down the street, the gleam of teeth as its jaws opened. There was a streak of yellow and a woman landed in front of me. She appeared to be wearing a tight covering of metallic feathers, or was it plate armor? Either way it looked like scant protection when the creature collided with her. I was thrown by the impact, landing on my right side. My face struck the curb.

From the pavement I saw the monster on its side, writhing on top of my neighbor’s Hyundai. With one arm wrapped around its head, the young woman was holding its jaws closed. Its powerful hind legs thrashed the air, close enough to brush the stranger’s blonde hair until she snagged one of its gnarled claws with her free hand. As easy as that she overpowered a creature seven times her size and held it in submission.

“You all right?” she asked, as if I had just stumbled off the sidewalk.

“What is that thing?” I shouted.

“It’s a -” she glanced at the monster’s head under her left arm. “— a Ceratosaurus, I believe. Hard to be sure in this light. There have been a lot of time holes recently. Just go back inside your house and forget all about it.”

“Forget all about it?” I could not be so calm. “You’re wrestling a dinosaur in my neighbor’s front yard!”

“I’d love to stay and explain,” she lied, hefting the prehistoric beast onto her small shoulders and starting up the street, “but I’ve got to get this animal back where it belongs before anything else comes through. Go inside,” she called back to me. “You won’t remember me as soon as I’m gone.”

Not until I touched the feather that had torn free from her armor. Now sitting at my desk and holding it I picture the woman’s blue green eyes, short blonde hair and the shimmering armor that fit snugly to her slender form. I have read stories about the offspring of humans and angels, secret protectors of the Earth. There is a book about nephilim on the top shelf of my library. But I would have to set down the feather to reach it. Without touching this physical evidence of her existence I wonder if the fantastic events I witness this night will stay with me.

Will she know the feather is missing? Will she return for it?

Wait! There’s someone at my door.

That’s all I wrote.

It’s odd because I remember hearing of an accident that totaled my neighbor’s Hyundai. I remember having to patch the right elbow of my favorite bathrobe, but I have no recollection of inventing this nephilim incident. However I do write a lot of stories. 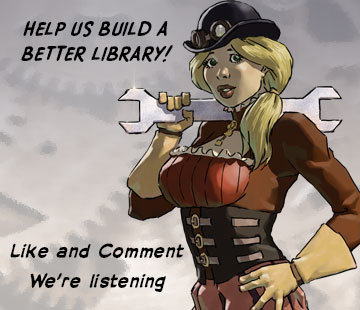